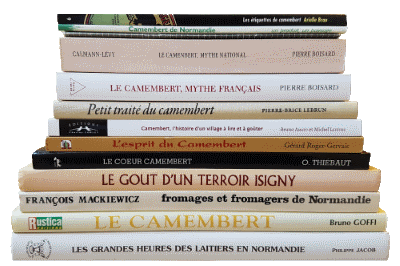 The Camembert cheese is an ideal subject for a book author, one can indeed approach this subject by history (the life of Marie Harel, famous producers, etc), by the history of a region or a production, by the sociology, or by remaining interested in the geography or topography of places ... We must also mention the taste qualities of cheese and therefore its use in many recipes, but we can also to be interested in its label and its aesthetics and its collectors ...
You will find below a list of books devoted (entirely or in part) to this cheese. 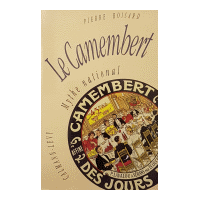 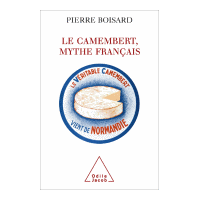 Le Camembert, mythe français.
P.Boisard, Odile Jacob, Paris, 2007
ISBN 2-7021-2102-0
One of the most interesting book regardng camembert and that has even been published / translated in English. You may find a load of informations in this book, but the author who is an sociologist, tried also to replace this history into a larger perspective, and one is forced to admit that this was a bright idea. 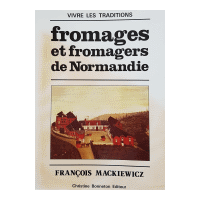 Fromages et fromagers de Normandie
François Mackiewicz, Christine Bonneton, 1983
ISBN
Today, this may looks like an "old" book, because of its outdated photos and drawings (even if some of them are delightful), neverthless It remains one of the most complete one, with informations, hardly read since, and it is written by a man who seems to have known some of the main characters of this history. 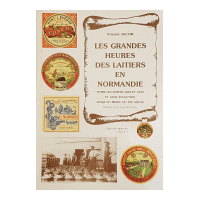 Les grandes heures des laitiers en Normandie (1850->1920)
P. Jacob, Editions Bertout & C.Ré;C.E.T., 1986
ISBN 2-86 743-131-X
A tought book even if it contains hundreds of illustrations. Like the previous one, it does not focus only on the camembert cheese but it provides a good glimpse at what was the cheese industry in that era. 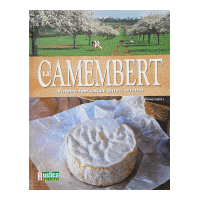 Le Camembert
Histoire, fabrication, terroir, recettes.
B. Goffi, Rustica éditions, Paris, 1999.
ISBN 2-84038-267-9
More recent, this one provides probably the richest and most pleasant vision of the camembert with hundreds of colorful pictures. Main (and only?) drawbacks the quality of the camembert cheese produced with a pasteurized milk seem quite overated (as far as we are concerned), and it is more tought destned for people wanting to discover the subject thta for people reaching for an in-depth comprehension... 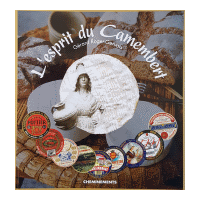 L'esprit du camembert
Gérard Roger-Gervais, Editions Cheminement, 2005
ISBN 978-2844783790
Written by a native of the Auge country, and published with the help of the Graindorge factory, a book rather rich even if it is a bit too focused on the camembert area, and sometimes a bit too wordy.
If you know nothing about the camembert and Camembert. This may be the good book for you. 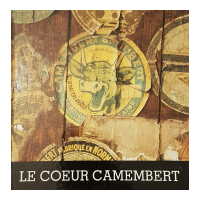 Le coeur camembert
O. Thiebaut, Editions Isoète, 1993
ISBN 2-905 385-43
The book of a "tyrosemiophile" (a cheese label collector) which swarms with information on the Camembert cheese but focuses on its most famous labels, the publishers and methods of printing of them. Contains many interesting illustrations. 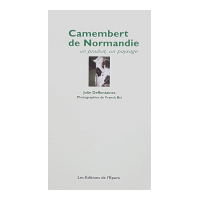 Camembert de Normandie - Un produit, un paysage
Julie Deffontaines Lebrun, Éditions de l'Epure, 2006
ISBN 978-2914480970
This short 2006 book showed well the specificities of the traditional Camembert cheese, while putting them in perspective with the imperatives of production, farmers and industrialists ... A book perfectly adapted to those who want to understand the importance of the discussions around the "AOP" label, and we could even regret that some did not read it before trying to change standards. 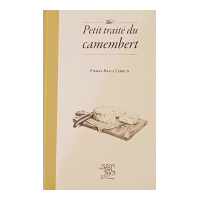 Petit traité du camembert
Pierre-Brice Lebrun, Editions Adverbum, 2017
ISBN 978-2364021396
The very nice introduction of the author makes you want to look at this quite lively and rather well done little book (no revelations, but well done). Only downside, the choice to intersect chapters by recipes is pleasant, force to read them (and they are good), but complicates the reading. 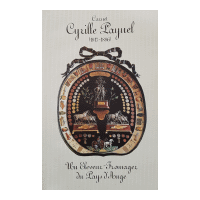 Carnet Cyrille Paynel (1817 -1886) un éleveur fromager du pays d'Auge
Cyrille Paynel, 1997
ISBN 2-86014-032-8
This book preproduces a short notebook written by Cyrille Paynel, one of the pioneers of Camembert production in the Auge country. This book allows a dive into what is a prosperous Augeronne farm in the 19th century; buildings, organizations, production. Remarkable testimony but surely more for specialists.
Note: The cover presents the very beautiful "trophy" of Cyrille Paynel gathering all its medals and awards, and which is visible at the Museum of Normandy in Caen. 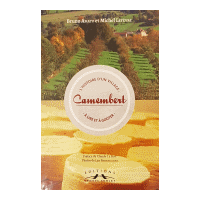 Camembert L'histoire d'un village
Bruno Amato et Michel Lefèvre, Charles Corlet, 2014
ISBN 978-2847065619
A book that focuses on the village of Camembert and which revolves around chapters that sometimes resemble scholarly articles, which implies a lack of transitions between the various chapters. However, we learn a lot about the village, its inhabitants and its history and therefore also about the Camembert cheese.
If beyond the Camembert cheese, you want to discover the history of the village of Camembert, it is surely a good choice. 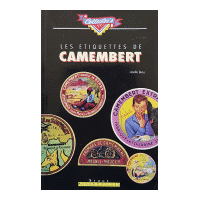 Les étiquettes de Camembert
A. Brau, Syros Alternatives, 1992
ISBN 2-86 738-709-4
A nice little book to get started if your are interested in the the collection of cheese labels. 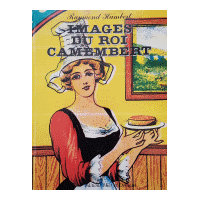 Images du roi camembert
Raymond Humbert, Hier et Demain , 1978
ISBN 9782720600524
One can be hindered by the somewhat dated aspect the layout and by the somewhat dull side of some black and white illustrations. It is not quite fair fot this already old book which was one of the first to focus on the cheese label collection ("tyrosémiophilie"), its history, and which tried to classify the themes recurring in the labels.
Moreover, the book contains many labels pictures, some quite rare. 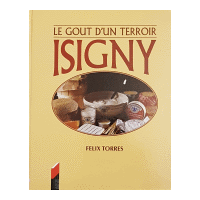 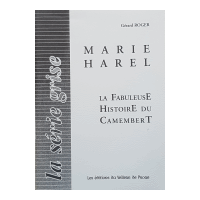