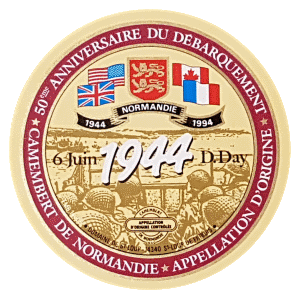 If the first world war, had allowed Camembert to be known, via the trenches, and beyond national borders (see "sidelights of the camembert history"), the Second World War was much less favorable to the Norman industry , requisitions and other rationing complicated the task of the producers and some industries went down, either because of the economic conditions, or because of the disappearance of their leaders or their tools of production, in particular during the battle of Normandy.
Under these conditions, the post-war period will be full of new revolutions in the nomand dairies. Just before the war, the production of camembert was done by more than 1400 dairies all over the Auge country, and was still largely artisanal at the time. They will have to evolve to survive and adapt to the demand ever increasing. We will see in particular appear larger production plants, starting to us robots in the 1960s especially to "mold the camembert"! More "traditional" productions became the XXXXX of a few isolated producers.
In these complex times of modernization and concentration of the industries, the Camembert producers will try to distinguish their productions by insisting notably on the quality of their cheeses. This step will pass by a "Red Label" given to the Camembert of Normandy in 1968.

Then on August 31, 1983 the Camembert of Normandy (raw milk molded with the ladle) receives (finally) the Appelation of Controlled Origin (AOP), which must (hopefully) allow him to keep for many years still its authenticity (This AOC will be renewed on December 29, 1986). This same Camembert of Normandy is also recognized at the European level since its originality was recognized by a PDO (Protected Designation of Origin) in 1996, a name given by the European Commission. Finally, in a broader perspective in 1997, the same producers will create an "Interprofessional Syndicate for the Defense of the Appellation d'Origine Contrôlée" for the promotion of the Camembert de Normandie AOC.

The future of Camembert is, despite everything, still uncertain. He is indeed tempted by two very different paths; on the one hand maintaining the quality and preservation of an original manufacturing process (and in keeping with the idea of ​​camembert), and on the other hand the continuation of large-scale industrialization to meet the ever increasing demand. The defenders of the latter solution have already equipped their factories with molding robots (which allow a three-eight molding), "work" raw milk to make it as "compliant" as possible and advocate for the re-definition of constraints. related to raw milk. The others keep a manual molding, a really raw milk (which imposes very expensive sanitary tests), and for the most faithful, notions of terroir (limitation of collection areas), preferences for traditional cows (Norman breed ) and a traditional diet of these etc.
To this complexity, one must add the difficulties of a dairy sector, sometimes pushed to productivism. 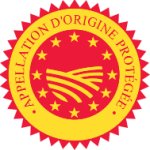 The year 2008 marked this evolution cruelly. Indeed some producers (Lactalis for the most part) wanted to change the definition of the AOC to allow the use of thermised milk. The battle raging at the time, particularly in the press, testifies to the growing distance of the perception of camembert and the production methods of some.

For a few years, we wanted to believe in the status quo, which would have been marked by the presnece within the name of large SMEs such as Graindorge and Gillot, small producers still independent and the giant Lactalis (although many of its brands are out of the PDO). The acquisition of Graindorge by Lactalis, the association of some small producers with distributors but also the formulation of new requests for evolution of the AOP have made (and still do) fear the worst to many Camembert lovers ... 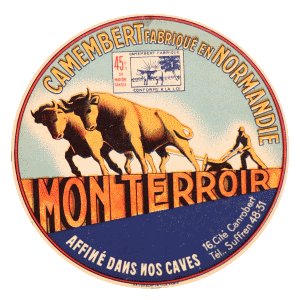 A new crisis emerged in 2018, when a new modification of the AOP fired the powder, leading to the creation of a petition of protest, including many big names. The rather complex text pursued several objectives, including the fact to return most producers in the fold of the AOP and to end with the more or less misleading names like "Camembert made in Normandy", too close to the "Camembert de Normandy ", in short to clarify for the public the call.

The text provides in particular to authorize the use of pasteurized milk inside the AOP (gourmets "will appreciate"), but this concession acquired, to counterbalance this by obligations on the use of Norman cows grazing in Normandy (less than in the current AOP, but the whole is a progress compared to the practices of the industrial producers). One of the commendable ideas is to give a much better readability to the AOP.

The more traditional producers (raw milk, 65% mininum cows mininum, 6 months of minimum pasture, 20% mini herbs all year round) will be entitled to a kind of consolation prize with the right to use a title as "true" or "authentic". To mark the quality of the product ... Gourmets are rather up against such an agreement because, if see "bloom" of Norman cows in the fields can satisfy them, what will it be useful if it is to cut this milk with milks of lesser qualities before to pasteurize it, while others see it as an "upgrade" of the appellation ...

Sometimes we come to the paradox of having brands that refer to their original authenticity, at a time when the consumer is looking for more and more, but who have become the promoters of an evolution that goes against it, the paradox of still having some brands, younger and historically less prestigious but which are anchored more and more in the tradition and try to make it live, and some traditional producers, isolated, often to economic health and sustainability questionable. Paradox that does not seem to favor the maintenance of quality ...

• History • The camembert since 1945 • Sidelights on the Camembert History